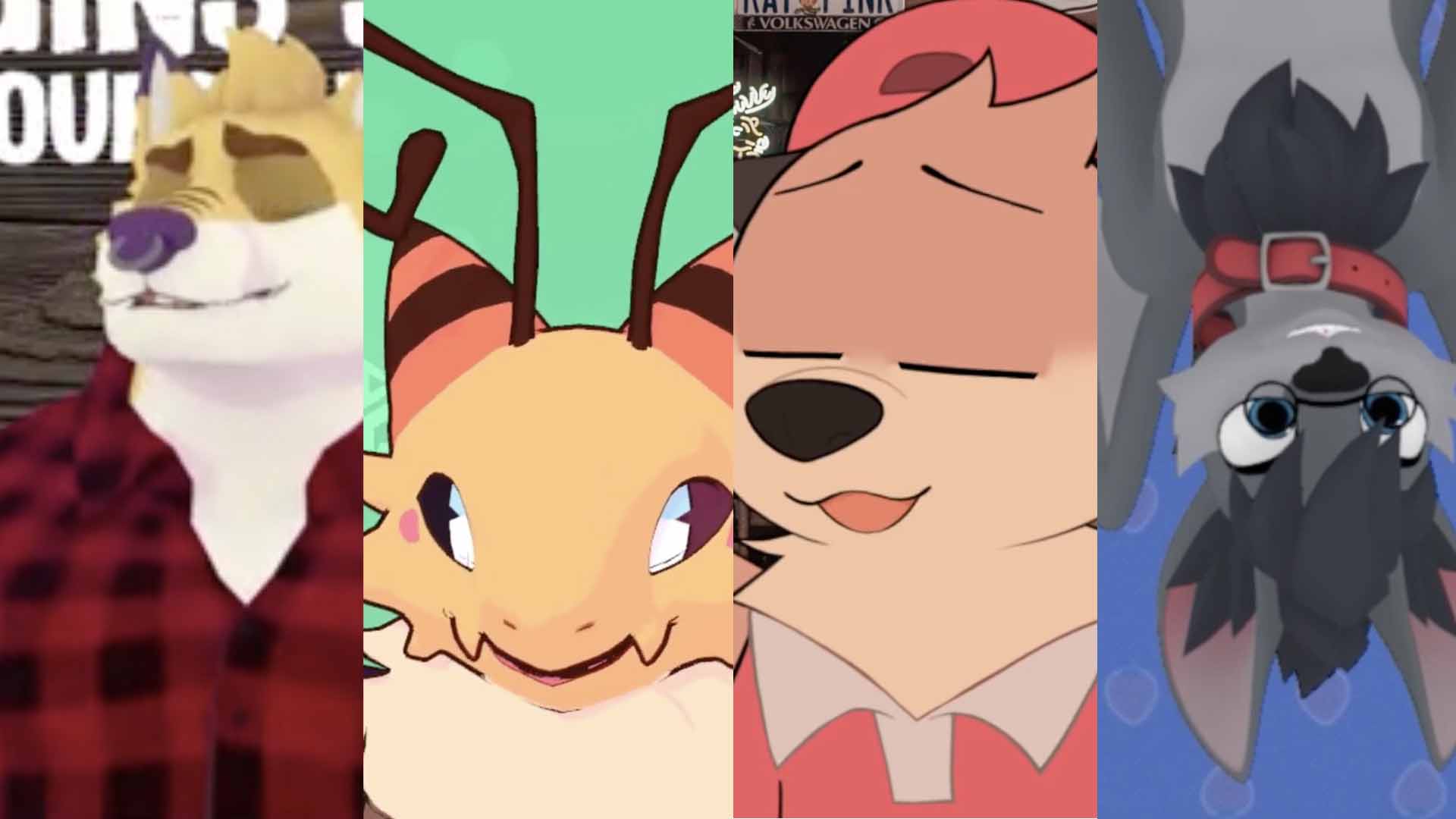 The best way to explain VTubing is by jumping straight into the deep end.

Of course, in this clip, Minecraft isn't being livestreamed by a cartoon otter named Chester. It's being played by animator Kris Yim, whose face is tracked via webcam and is used to animate their character, Chester.

Artists who interface with their audiences via face-tracked characters in internet video are known as VTubers. It's a genre of Let's Play that's been booming, leading to the rise of streamers like shark girl Gawr Gura or internet dog Korone--and has gained Yim over 30,000 followers on Twitch alone.

Why livestream as an animal? For some, it's more natural than showing their face. "I'm basically just myself when I'm streaming," said full-time streamer and artist Skaifox, who asked not to use his real name to avoid doxxing. "But there is almost this weird confidence that comes out when there's just this soft veil of a model."

It might also be that it's easier to understand VTubers at the speed of social media. "VTubers just remove that one tiny barrier that let people get into [streamers] just a little bit easier...it's very readable and approachable," said Yim. "If it was just my face, people would be like...'that's definitely a person!'"

It's not just that designed characters are easier to immediately understand--it's also easy to market yourself as the only bee or otter on Twitch. "Ivy is a very recognizable character," said full-time streamer Jessie Bee, who streams on Twitch both via main channel Ivycomb as bee dragon Ivy and side channel Ivycrumb as moth dragon Crumb. "They stand out because there aren't a lot of bee characters in the online art community."

Some characters are a streamer's fursona, an animalistic representation of themselves that they may have had for years. Data analyst Taw, known on Twitch as a_bat, who asked not to use his real name to avoid parasocial interactions, said he first came up with his fruit bat character when he was a teenager. "[Taw] represents all of me, but on a more expressive level," he said. "Realistically, I'm a lot quieter [in real life]...I'm a lot more soft-spoken."

Some streamers have multiple fursonas, each representing a different aspect of themselves. "I use characters as a means of attaching my own identity to something that's tangible...Crumb is a great outlet for me to be more soft-spoken and more feminine without...worrying about being judged," said Bee. "Ivy is basically just [me] if you remove the energy filter that I have."

Taw's viewers can spend channel points to dance his avatar around the screen, as in this TikTok of his avatar dancing to Buttercup by Jack Stauber. Video from a_bat's TikTok.

The originality of a character design can come at a cost. Even after a VTuber has commissioned a model (which can be a business expense, according to Bee and Skaifox), they still might have trouble expressing themselves, as face tracking software used by VTubers doesn't automatically register a user's facial expressions and must be inputted manually.

Some streamers track their hands so their model can be more expressive, which costs more money. Bee said she keeps two motion-tracked Valve Index VR controllers by her keyboard, which she picks up each time one of her characters needs to use their hands. "If I have to spend a bit more money, or a lot more money, to make sure my stream stays at the quality that I want, then that's a necessary business expense," said Bee. "A compromise for me could be a bigger deal for my viewers."

And a greater sense of identity with a character could come at the cost of originality or recognizability. "I always thought, if I had a fursona, it'd be a raccoon," said Yim. "But there's already raccoon streamers, and I don't want to step on their toes."

For some, having the avatar is worth the cost, as it's a form of self-expression alone. Skaifox, who said he created his character in 2009, said "Maybe as a result of seeing myself...mirrored by this character on screen, I suppose, in a sense, he's become--or rather, I've become--him, in a way."

Others use their characters to achieve a greater seperation between themselves and their audience. "I appreciate people who like my bat character," said Taw. "But you don't really know the real me. You don't know my hobbies or interests outside of streaming."

For others still, it's hard to explain. "[The self I present while streaming is] a genuine part of myself, but it's only one part of me," said Yim. "It's me, but it's not, but it is."