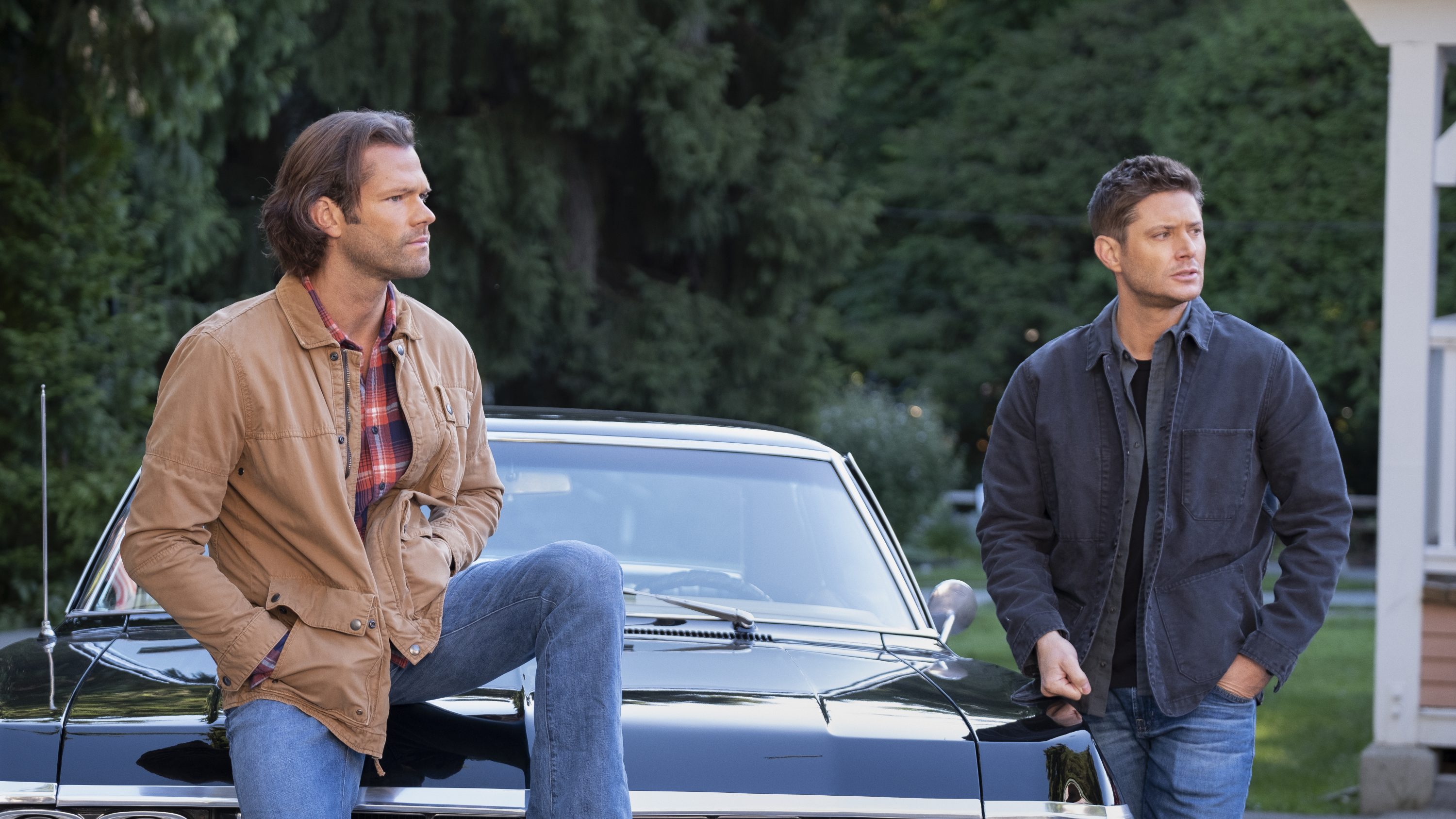 The Thematic Dissonance and Cynicism of Supernatural 's Finale

I grew up watching Supernatural with my mom. I was always aware of its flaws, but became attached to the characters over the years, to their love and struggle and unending desire to better the world against fate. Even in the bad seasons, there are good episodes and enjoyable moments, and its affirmation of free will, family and never giving up have been unflinching, even when the characters have struggled with the themes. Its shortcomings almost become part of the goofy charm because they're so ridiculous -- you can only have so many apocalypses and moments of melodramatic man angst and blatantly-fridged women before it almost feels like a parody of itself. Even the image of the fandom's obnoxious Tumblr heyday carries this kind of silly, nostalgic charm.

It was partly these warm feelings that drove me to rewatch the show from the start and catch up on the later seasons I'd missed. The uncertainty and loneliness and frustration of the pandemic has made me crave the familiar, after all. And for all its problems, Supernatural is familiar -- and for a long time, the good guys always won, despite the odds, despite the pain.

It wasn't just that, though. What brought Supernatural to the front of my mind was the social media response to its final three episodes.

I quee really expected Supernatural to stick the ending. Its writing had slipped so far over the years. But I hadn't been up to date for a while, and the impression I got from my Twitter feed was that the finale was charmingly funny-bad in a way that epitomized and exaggerated all of the show's charmingly funny-bad flaws: a decade of queerbaiting ends with a newly-canonized gay character immediately going to somewhere worse than hell (Turbo Hell, as the fandom described it) as a result of confessing his same-gender love; Dean is impaled on a glorified nail by vampires wearing edgy Halloween masks and dies; the Impala goes to heaven; they show Sam growing old by putting a Party City wig on him... I had to see it all myself.

I was surprised to find that the finale was not Supernatural exaggerated, but rather a Supernatural stripped of its optimism and decade of thematic clarity, revoking its themes of free will and fighting for a better world in order to deny the Winchesters happiness one last time in a painfully cynical, dissonant move.

The penultimate episode of Supernatural is weird. The pacing is, frankly, bizarre, and it's almost distracting how obviously the coronavirus has affected filming: the characters all stand much farther apart than usual, shots involving multiple characters are avoided whenever possible and, at one point, stock footage is used to depict crowded public spaces. The plan the Winchesters end up coming up with is ridiculous and almost out of place.

But the pieces of a good ending are there. The episode largely wraps up the themes of the overarching story, of free will and family and fighting for good. Sam and Dean defeat God at last, stripping him of his power and denying him even the death he expected -- the ultimate triumph of free will over destiny. Further, Jack becomes the new God, a figurative manifestation of man's free will, of man's creation of his own meaning and world, to replace that of unimpeachable fate. In the end, Sam and Dean have lost almost everyone, but everyone they've lost live on in their hearts, a part of their lives forever from beyond the grave. In the end, the brothers drive off into the sunset to live another day. The story feels complete.

Sam: You know, with [God] not writing our story anymore, we get to write our own. You know, just you and me, going wherever the story takes us. Just us.

That isn't the end of the story, though.

The last episode starts off fairly in line with the rest of the show, as weird as it feels to start a seemingly normal episode after everything was wrapped up with a neat little bow. The Winchesters head to a pie festival in Akron. Dean is delighted, but Sam can't seem to enjoy myself. He's missing everyone they've lost. Dean encourages him to try to enjoy his life anyway. "If we don't keep living," he says, "then all that sacrifice is gonna be for nothing."

On the same trip, Dean is killed.

Through Dean's death, then, the show tells us that all that sacrifice was for nothing. The suffering both Dean and Sam endure through it reads as punishment for the act of free will, of defying destiny, they have pulled off immediately before. Dean even insists that this is how he was "meant" to go out, how he was "always" going to out. To suffer is his inescapable destiny. To suffer is the inevitable result of fighting for a better world. In this vision, the ideals the series has relied on for fifteen years are subverted. It is not just futile to fight, to choose for yourself -- it is foolish. It is deserving of punishment.

The show attempts to balance this out by giving Dean a wonderful place in heaven, and Sam a normal life where he raises a child and grows old -- happy endings of togetherness, of family. The theme of family is largely preserved, at least. Dean's goodbye to his brother also emphasizes the importance of their bond, and how he will always be with him, even after his death. But the punishment that leads them to these eventual happy places is too great, too painful, to counteract. It is only when the brothers can no longer push against fate, whether that's through death or grief, that they get to be free.

In the end, in the absence of a vengeful God, the authors cynically assert their authority to punish Sam and Dean Winchester once more, to remind us that we can never escape destiny, that pushing against the world and fates assigned to us will bring us nothing but more suffering. It seems to seek to crush not only its own themes, but the very spirit of the people who rooted for Sam and Dean for so long.

Note: This piece aims to cover the show's handling of its themes rather than its handling of gay characters, so I decided not to dive into the messy potential implications of Castiel's death. A gay person myself, I'd like to note that this topic, while different from the one I decided to write about, is also an important one.